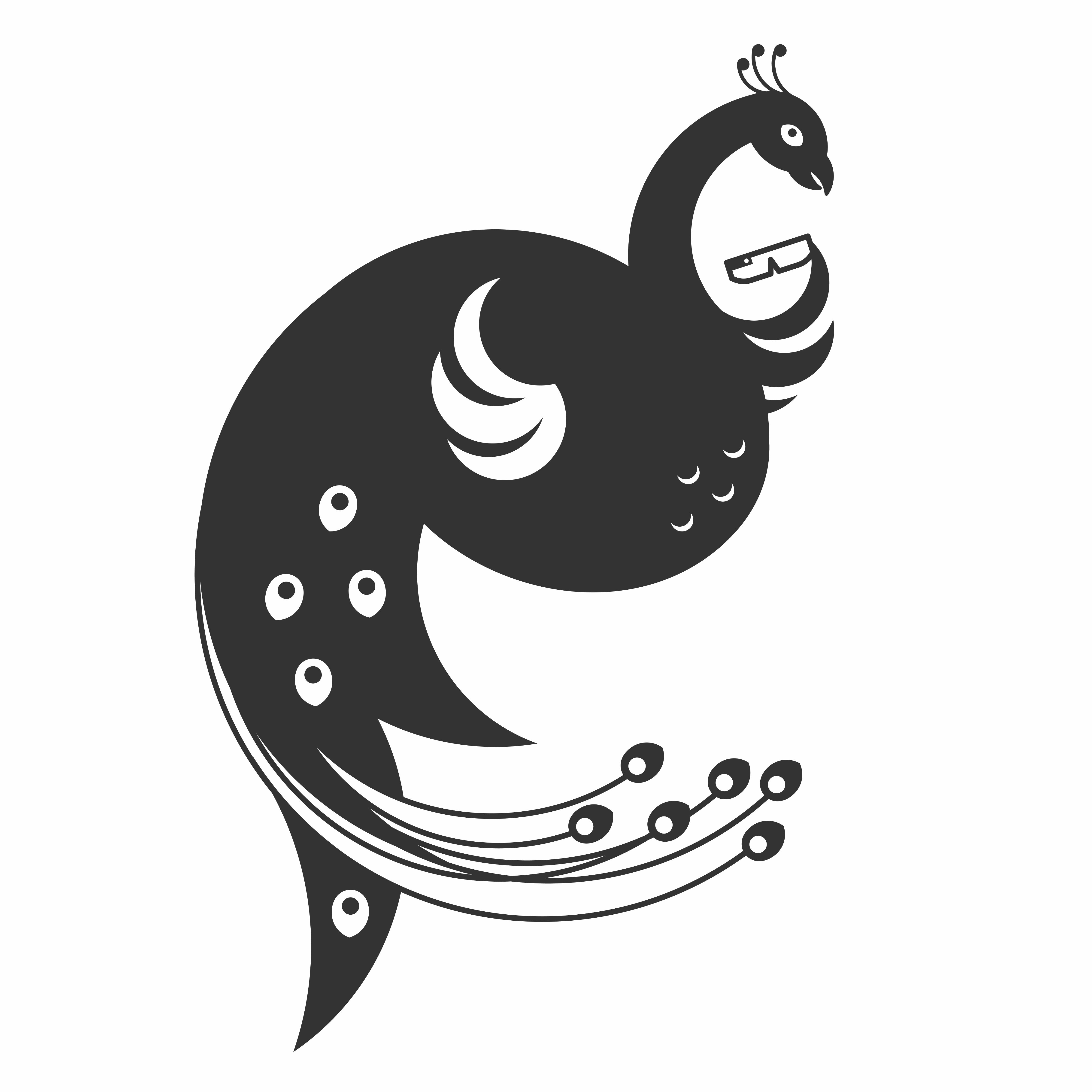 The peacock had been working hard on his project for months and tomorrow was finally demo day. He was looking forward to impressing his colleagues. It was the first project he'd led since joining Vision Corp—a company specializing in visionary technology. Only his trusted colleague, the Ostrich, had worked with him on the project.

"Are you sure this is going to work?" asked the Ostrich.

"Of course it is!" proclaimed the Peacock. "You've tested it. I've tested. It works! Everyone will love it!"

"You don't think we should have gotten some more folks to try it? Like, what about the Parrot and the Humming Bird?" said the Ostrich.

"If we had gotten them to try it, they would just have given us nit-picky feedback and slowed us down. You know what those two are like, they always have questions and opinions about everything!"

"I've successfully launched many projects before" the Peacock went on. "When I was at Imagine Next, I was the lead for..." the Ostrich sighed and contemplated sticking his head in the sand. He knew this story, he'd heard it many times before, and knew the quickest way for the Peacock's speech to be over was to just keep nodding and not interrupt him.

"... I know what people want." said the Peacock, finally ending his rant.

The Ostrich could see the Peacock was going to be intolerable so he decided to leave and let his colleague continue his work. "Good luck tomorrow" the Ostrich said as he left.

"Thanks but I won't need it." said the Peacock.

The Peacock stayed up late practicing his presentation, doing final checks on his project—a new augmented reality visor. He almost couldn't sleep for excitement. He could just imagine the applause from the room as he impressed them with his new product. He couldn't wait for demo day.

The next morning the Peacock awoke to the sound of his alarm buzzing. He checked the time. Oh no! I overslept! He realized. He jumped out of his nest and quickly plumed his Indian-blue feathers, grabbed the demo visor— carefully packing it in his satchel, and took off for work.

The peacock caught some tail winds on his way to work, helping him to make up for the late start. He was coming in a little fast with a short runway, but he'd made more difficult landings before. Just as his claws were about to touch down, his satchel slipped and swung forward, pulling him off balance. He tried to pull up to counteract the weight of his satchel but it wasn't enough. He lost his footing and tumbled forward, smacking his beak on the ground, and rolled his way to the end of the runway.

As soon as his ungraceful tumble came to an end he jumped back onto his feet. Quickly gathering his satchel, brushing away some loosened feathers, he looked around to see if anyone had seen his embarrassing landing. Good. No one was about. Suddenly a cold sickening feeling came over him—uh oh the visor! He ripped his satchel open and checked it. Phew! Still in one piece. He breathed a sigh of relief. Apart from having a bit of a sore beak, everything was fine.

The Peacock headed to the meeting room where most of his colleagues were already waiting, chattering amongst themselves. His friend the Ostrich walked up to him as he entered. "Are you okay?" the Ostrich said. "I thought you would have gotten here earlier."

"I overslept." said the Peacock. "Do I look okay? I didn't have the smoothest landing."

"You've got a little dint on your beak, but otherwise you look fine."

"It is a bit sore after my closeup with the runway" the Peacock admitted while rubbing his beak.

"Not to worry, everyone will be looking at the visor, not you!" said the Ostrich.

The Peacock got setup at the front of the room, keeping the visor under a velvet cover to build up anticipation for the demo, and began his presentation.

The presentation went off without a hitch, everyone was engaged and laughed, clapped, or "oohed" in the right places. Now was time for the live demo.

He picked up the visor, carefully rotating it to show the audience it's sleek design. He placed the visor on his beak—that's when he realized his landing mishap had been worse than he thought. Pain shot through his beak, he winced but managed not to cry out.

You can do this! He tried to convince himself. You only need to do the demo for about 10 minutes.

He plugged the visor into a switch for the projector so that everyone in the room could see what he was seeing, and got started.

"So as you can see, the visor, um, well, the visor..." the pain from his beak was quickly getting unbearable. Beads of sweat started to gather between his feathers, he started to feel dizzy. He tried to continue, "the visor gives you options, aaaaand". No this wasn't going to work, he couldn't focus, it was too painful. He looked to the Ostrich for help.

The Ostrich could tell something was wrong as soon as he'd began the demo. He'd seen the Peacock rehearse it many times, he could do it in his sleep. The Peacock looked pale, he was rubbing his beak. His beak! Ahah, the Ostrich knew what was up. He must have hurt his beak more than he thought. Quickly thinking the Ostrich jumped up, and joined the Peacock at the front of the room.

"The best way to demo this of course, is to try it yourself." The Ostrich said carefully taking the visor from his friend and passing it to the Humming Bird.

The Ostrich tried to help the Hummingbird put the visor on but something wasn't right. It fell off immediately, it was too big for the Hummingbirds small thin beak. The Ostrich and the Peacock looked at each other beginning to panic.

"It does not seem to fit" said the Hummingbird.

The Parrot, who was sat next to the Hummingbird, grabbed the visor and tried it on her beak. It slid to one side. "It does not seem to fit my beak either" said the Parrot.

"Didn't you ask any of the other birds to test it?" Asked the Peacocks boss.

The Peacock tried to justify his decisions. "The Ostrich and I tested it thoroughly, and with my experience at Imagine Next, I felt that"

"You felt that you didn't need feedback from other birds?" the boss interjected. "The visor should work with beaks of all shapes and sizes, not just Ostriches and Peacock's."

The Peacock hung his head. He knew the demo was over and started to pack up his things.

The Ostrich tried to comfort him. "Don't worry, we can iterate, they'll be other opportunities." The Ostrich took his friend under his wing and added, "It's not worth letting your beak get all bent out of shape over it."